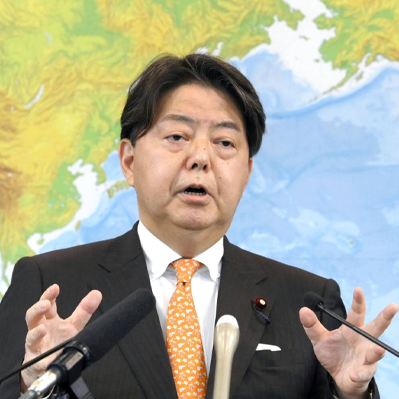 Yoshimasa Hayashi is a Japanese politician who currently serves as Minister for Foreign Affairs since November 2021. A member of the Liberal Democratic Party, he also serves in the House of Representatives for the Yamaguchi 3rd district since 2021.

A native of Shimonoseki, Hayashi is the son of late politician Yoshiro Hayashi. He graduated from the University of Tokyo and studied at the John F. Kennedy School of Government at Harvard University. In the United States, he was a staffer for U.S. Representative Stephen L. Neal and U.S. Senator William V. Roth, Jr. He began his career with Mitsui & Co. Hayashi entered politics as a secretary to his father, Finance Minister Yoshiro Hayashi, in 1992. Around the same time, he was also the member of the policy staff for a US senator. Hayashi was elected to the House of Councillors for the first time in 1995. He represents the fourth generation of politicians in his family and has concentrated on administrative and tax reform since taking office. He is the great grandson of Akira Tawarada, the founder of Ube Industries in 1942. This company made extensive use of American and Allied POW slave labor in three of their coal mines in Yamaguchi prefecture.

Hayashi was appointed to the Cabinet for the first time as Minister of Defense on 1 August 2008. He held this post for less than two months, however; in the Cabinet of Prime Minister Taro Aso, appointed on 24 September 2008, Hayashi was replaced by Yasukazu Hamada.

After the LDP returned to power in the December 2012 general election Hayashi was appointed Minister of Agriculture, Forestry and Fisheries.

On 6 November 2021, his appointment as the Minister for Foreign Affairs in the Second Kishida Cabinet was announced.

He likes karaoke and golf. He plays the guitar and keyboard with LDP colleagues in a band called Gi!nz.[

Rating with people in politics and administration for Q1 2022 from GlobalNY.biz
Ratings
2854
View all 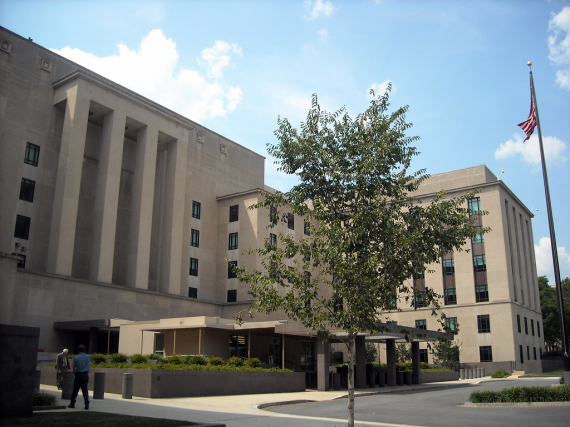