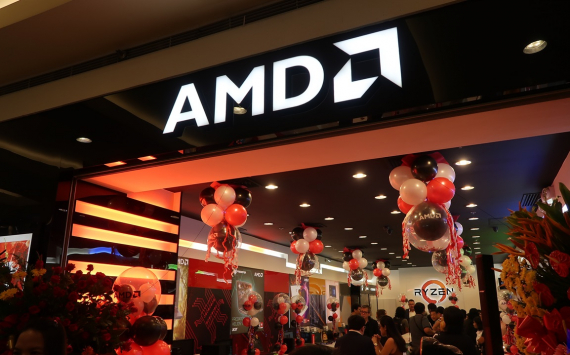 AMD ended Q4 2020 beating Wall Street expectations largely due to sales growth of 176% in the segment that includes server chips and graphics processors for gaming consoles. AMD expects sales growth of 37% in 2021.

Advanced Micro Devices (AMD) shares, up 92.3% over the past 12 months, fell after Tuesday's close despite the release of better-than-expected financial results for 2020.

AMD benefited from increased sales of PCs and gaming consoles such as the Sony PS5 and Microsoft Xbox One (for which it supplies processors), as well as demand for graphics processors from cryptocurrency miners and continued growth in demand for server chips during its holiday Q4 ending in December.

AMD expects revenue of $3.2 billion in the current quarter.

In January, AMD unveiled its new Ryzen 5000 series of mobile processors, which will start shipping in the first quarter of 2021. AMD said it expects a 50% increase in notebook and PC processor shipments this year.

AMD also plans to complete its acquisition of Xilinx by the end of the year, which will strengthen its data centre chip business and position it relative to competition from Intel.

Beyond Meat has struck deals with McDonald’s and Yum! Brands
Business
296

Beyond Meat has struck deals with McDonald’s and Yum! Brands
Business
296