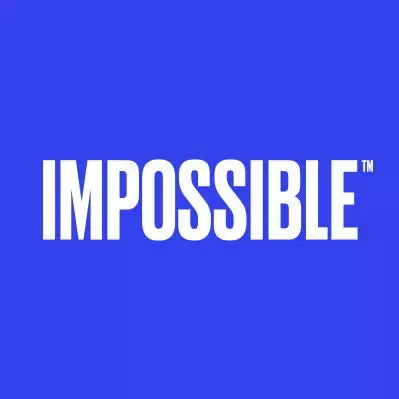 Impossible Foods Inc. is a company that develops plant-based substitutes for meat products. Founded in 2011, and headquartered in Redwood City, California, the company's stated aim is to give people the taste and nutritional benefits of meat without the negative health and environmental impacts associated with livestock products. The company researches animal products at the molecular level, then selects proteins and nutrients from plants to recreate the experience and nutrition of meat products.

The company's signature product, the Impossible Burger, was launched in July 2016, after years of research and development. The company also makes a plant-based sausage product that started being tested on pizzas sold by Little Caesars restaurants in May 2019.

In 2009, Stanford biochemistry professor Patrick O. Brown spent an 18-month sabbatical investigating how to eliminate intensive animal farming, which he determined at the time to be the world's largest environmental problem. With other academics, Brown co-organized a conference in 2010 in Washington, D.C., to raise awareness. However, the National Research Council workshop "The Role of Animal Agriculture in a Sustainable 21st Century Global Food System" had minimal impact, and Brown decided soon after that the best way to reduce animal agriculture was to offer a competing product on the free market.

An Impossible Burger given out during a promotional event at a food truck in San Francisco in November 2016
Brown started Impossible Foods in 2011. In July 2016, the company launched its first meat analogue product, the Impossible Burger, which is made from material derived from plants. The company says that making it uses 95% less land and 74% less water, and it emits about 87% less greenhouse gas than making a ground beef burger patty from cows. The plant-based burger has more protein, less total fat, no cholesterol, and less food energy than a similar-sized hamburger patty made with beef. It contains more sodium and more saturated fats than an unseasoned beef patty. The Impossible Burger received Kosher certification in May 2018 and Halal certification in December 2018.

On January 7, 2019, Impossible Foods launched a new version of their signature burger, the Impossible Burger 2.0. The company has stated that the new burger is "tastier, juicier and more nutritious – featuring 30% less sodium and 40% less saturated fat than our current recipe and just as much protein as 80/20 ground beef from cows." The new product is also gluten-free, replacing wheat with soy protein.

In 2019, CEO Pat Brown said they are working on "whole cuts of beef", including steak. "If we can make an awesomely delicious world-class steak ... that will be very disruptive not just to the beef industry, but to other sectors of the meat industry."

In July 2020, Impossible Burger patties became available at Trader Joe's and about 2,100 Walmart locations in the United States.

In February 2021, the company announced it would be lowering U.S. grocery store prices for its products by 20%, although still not on par with the meat products it is trying to replace. CNBC reported that the coronavirus pandemic generated new interest in meat substitutes as COVID-19 outbreaks in meat-packing facilities caused shortages.