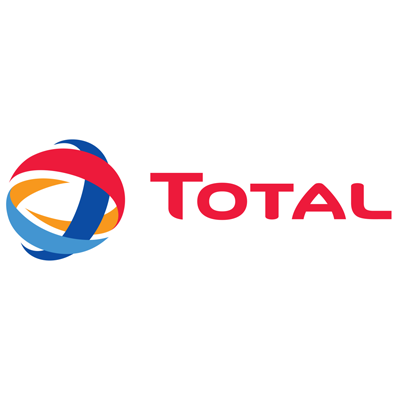 Total SE is a French multinational integrated oil and gas company founded in 1924 and one of the seven "supermajor" oil companies. Its businesses cover the entire oil and gas chain, from crude oil and natural gas exploration and production to power generation, transportation, refining, petroleum product marketing, and international crude oil and product trading. Total is also a large scale chemicals manufacturer.

Total has its head office in the Tour Total in La Défense district in Courbevoie, west of Paris. The company is a component of the Euro Stoxx 50 stock market index. In the 2020 Forbes Global 2000, Total S.A was ranked as the 29th-largest public company in the world.

otal is responsible for 0.95% of global industrial greenhouse gas emissions from 1988 to 2015.

In 2003, Total signed for a 30% stake in the gas exploration venture in the Kingdom of Saudi Arabia (KSA) – South Rub' al-Khali joint venture along with Royal Dutch Shell and Saudi Aramco. The stake was later bought out by its partners.

In May 2006, Saudi Aramco and TOTAL signed a MOU to develop the Jubail Refinery and Petrochemical project in Saudi Arabia which targeted 400,000 barrels per day (bpd). On 21 September 2008, the two companies officially established a joint venture called SAUDI ARAMCO TOTAL Refining and Petrochemical Company (SATORP)- in which a 62.5% stake was held by Saudi Aramco and the balance 37.5% held by TOTAL.

Total withdrew in 2006 from all Iranian development work because of United Nations concerns that resulted in sanctions over possible weaponization of the Nuclear program of Iran.

As of 2010, Total had over 96,000 employees and operated in more than 130 countries. In September 2010, Total announced plans to pull out of the forecourt market in the United Kingdom.

In November 2012, Total announced it was selling its 20% stake and operating mandate in its Nigerian offshore project to a unit of China Petrochemical Corp for $2.5 billion.

In 2013, Total started the operation at Kashagan with North Caspian Operating Company.[26] It is the biggest discovery of oil reserves since 1968. In 2013, Total increased its stake in Novatek to 16.96%. In September 2013, Total and its joint venture partner agreed to buy Chevron Corporation's retail distribution business in Pakistan for an undisclosed amount.

In January 2014, Total became the first major oil and gas firm to acquire exploration rights for shale gas in the UK after it bought a 40 percent interest in two licences in the Gainsborough Trough area of northern England for $48 million. In July 2014, the company disclosed it was in exclusive talks to sell its LPG distribution business in France to Pennsylvania-based UGI Corporation for €450 million ($615 million).

On 20 October 2014, at 23:57 MST a Dassault Falcon 50 business jet heading to Paris caught fire and exploded during takeoff after colliding with a snow removal vehicle in Vnukovo International Airport, and killing four, including three crew members and CEO of Total S.A. Christophe de Margerie on board. Alcohol presence was confirmed in the blood of the driver of the vehicle on the ground. Patrick Pouyanne, who was Total's Refining Chief at that time, was appointed as CEO, and also as chairman of Total on 16 December 2015.

In February 2015, Total unveiled plans to cut 180 jobs in the United Kingdom, reduce refinery capacity and slow spending on North Sea fields after it fell to a $5.7bn final-quarter loss. The company said it would also sell off $5bn worth of assets worldwide and cut exploration costs by 30%.

In June 2016, Total signed a $224M deal to buy Lampiris, the third largest Belgian supplier of gas and renewable energy to expand its gas and power distribution activities.

In July 2016, Total agreed to buy French battery maker Saft Groupe S.A. in a $1.1bn deal, to boost its development in renewable energy and electricity businesses.

In 2016 Total agreed to acquire $2.2-billion in upstream and downstream assets from Petrobras as part of the firms' strategic alliance announced in October 2016. For Total, these new partnerships with Petrobras reinforce Total's position in Brazil through access to new fields in the Santos Basin while entering the gas value chain.

Between 2013 and 2017 Total organized the ARGOS Challenge, a robotic competition with the aim to develop robots for their oil and gas production sites. It was won by an Austrian-German team using a variant of the taurob tracker robot.

In July 2017, Total signed a deal for a total amount of $4.8b with Iran for the development and production of South Pars, the world's largest gas field. The deal was the first foreign investment in Iran since in July 2015 sanctions over Iran's nuclear weaponisation were lifted by the JCPOA.

In August 2017, Total announced the acquisition of Maersk Oil for $7.45 billion in a share and debt transaction. This deal will position Total as the second operator in the North Sea.

In September 2017, Total signed an agreement with EREN Renewable energy to acquire an interest of 23% in EREN RE for an amount of €237.5 million.

In November 2017, Total announced the launch on the French residential market of Total Spring a natural gas and green power offering that is 10% cheaper than regulated tariffs. Total is thus pursuing its strategy of downstream integration in the gas and power value chain in Europe.

In August 2018, Total officially withdrew from the Iranian South Pars gas field because of sanctions pressure from the US.

In December 2020, the company announced that it is planning to cut 500 voluntary jobs in France. 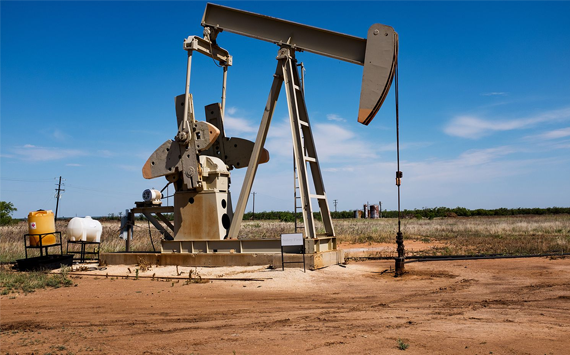 Oil prices rose due to reduction in U.S. inventories
Economy
1736