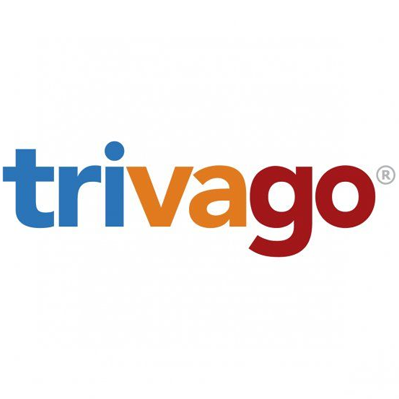 Trivago N.V., marketed with lowercase styling as trivago, is a German transnational technology company specializing in internet-related services and products in the hotel, lodging and metasearch fields. The United States travel company Expedia Group owns a majority of the company's stock. The company is incorporated in the Netherlands.

Initially, Trivago received €1 million from investors, including the Samwer brothers, Florian Heinemann, and Christian Vollmann. In 2007, Trivago received US$1.14 million in Series B funding from the British company HOWZAT media LLP. In December 2010, Trivago sold a quarter of the company for US$52.86 million to a US investment fund, Insight Venture Partners.

In December 2012, Expedia, an American travel company, announced that it would acquire a stake in Trivago for $632 million. The deal was completed in 2013.

In December 2014, Trivago acquired mobile app product and development company Rheinfabrik. After the acquisition, Rheinfabrik remains independent from Trivago in its work.

In March 2016, Trivago announced it had acquired a portion of Cloud-PMS company Base7booking.

In April 2016, Trivago reached 1,000 employees and began building a new campus in Düsseldorf.

On December 16, 2016, Trivago became publicly traded on the NASDAQ exchange under the ticker symbol TRVG.

On November 5, 2019, CEO Rolf Schrömgens announced he will step down at the end of the year and be replaced by Chief Financial Officer Axel Hefer.