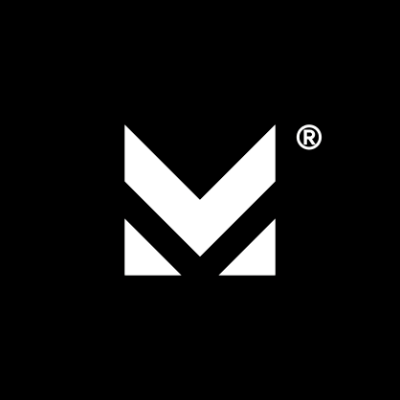 Morning Consult is a global, privately held data intelligence company established in 2014. It was named one of the fastest growing technology companies in North America by Deloitte in both 2018 and 2019. The company specializes in online survey research technology and has offices in Washington, D.C., New York City, Chicago, and San Francisco.

Morning Consult provides global survey research tools, data services and news to organizations in business, marketing, economics and politics. The company's proprietary brand tracking platform, Brand Intelligence, tracks over 3,000 companies, products, and individuals across 15 countries by surveying tens of thousands of people every day on each brand it tracks.

Morning Consult was founded in 2013 by CEO Michael Ramlet, CRO Kyle Dropp and CTO Alex Dulin. It started with a poll looking at whether young and uninsured Americans were going to sign up for the Affordable Care Act's insurance exchanges, published just before the exchanges went live in 2013. The White House used that polling in its briefing later that day.

In 2015, the company published a report on the ‘Shy Trump’ voter in the Republican presidential primaries. The claim has since been challenged.

During the 2016 U.S. presidential election, Morning Consult and the political journalism company Politico published a weekly polling partnership on ‘political issues, personalities and media aspects that affect the daily debate.' The polling relationship continued after the 2016 election and is released weekly in Politico Playbook.

The company's polling results for the 2016 U.S. presidential election showed a closer race than other pollsters.

In October 2017, the company opened an office in New York City and then in Chicago and San Francisco in 2018.

In 2018, the company announced it was partnering with The Hollywood Reporter for a weekly polling series on what Americans think about the hottest news and trends in Hollywood.

In May 2020, Morning Consult completed a $31 million Series A funding round. The funding includes capital from James Murdoch’s Lupa Systems, Advance Venture Partners and others. The funding values the company at $306 million.

During the 2016 presidential election, Morning Consult had one of the most accurate national polls: despite calling the winner of the election incorrectly, it successfully predicted Hillary Clinton winning the national popular vote by 3 percent (she won by 2.1 percent). The website FiveThirtyEight also found that Morning Consult, along with other prolific online polling firms, did not have a strong house effect in its 2016 election polling.

In the spring of 2017, Morning Consult launched Brand Intelligence, a survey research and media monitoring platform. The platform tracks over 2,000 public-facing brands and products across 12 countries, and offers subscribers access to data on their companies as well as competitors. For each brand that is tracked, Morning Consult conducts 200 interviews per day.

In October 2017, data from Brand Intelligence was cited in the New York Times showing changes in survey results on the NFL's brand after President Donald Trump criticized the league on Twitter.

Morning Consult launched its Economic Intelligence product in the fall of 2019, and in the spring of 2020 as it began to identify the dip in consumer confidence with the continued Coronavirus outbreak. The Federal Reserve cited the company's data in its emergency meeting March 15, 2020.

The data is regularly referenced in the media, with past citations including The Associated Press, The New York Times, The Wall Street Journal, The Washington Post and more.

The editorial team also produces semi-annual rankings on a range of topics, including governor rankings, U.S. senator rankings, a most loved brand index, and more.

Its unique topics have gone viral, including asking voters to locate Iran on a map in January 2020 and if food has a gender.