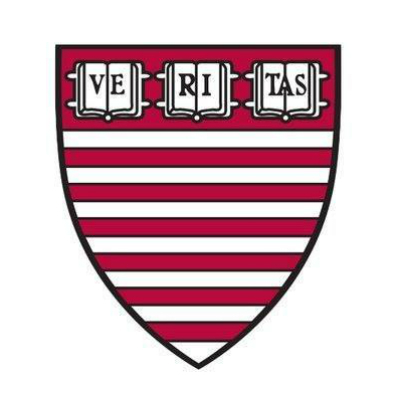 The John F. Kennedy School of Government (also known as Harvard Kennedy School and HKS) is the public policy school of Harvard University in Cambridge, Massachusetts. The school offers master's degrees in public policy, public administration, and international development, four doctoral degrees, and many executive education programs. It conducts research in subjects relating to politics, government, international affairs, and economics. As of 2019, HKS had an endowment of $1.3bn.

The School's primary campus is located on John F. Kennedy Street in Cambridge. The main buildings overlook the Charles River and are southwest of Harvard Yard and Harvard Square, on the site of a former MBTA Red Line trainyard. The School is adjacent to the public riverfront John F. Kennedy Memorial Park.

In 2015, Douglas Elmendorf, former director of the U.S. Congressional Budget Office, was named Dean of the Harvard Kennedy School and Don K. Price Professor of Public Policy. From 2004 to 2015, the School's Dean was David T. Ellwood, who served in the Department of Health and Human Services in the Clinton administration.

A major $120 million expansion and renovation of the campus began in 2015. The project was completed in late 2017. The School is a member of the Association of Professional Schools of International Affairs (APSIA), a global consortium of schools that seeks to train leaders in international affairs.

Harvard Kennedy School was originally the Harvard Graduate School of Public Administration (GSPA), and was founded in 1936 with a $2 million gift (equivalent to ~$30 million in 2010) from Lucius Littauer, a graduate of Harvard College. Its shield was designed to express the national purpose of the school and was modeled after the U.S. shield. The School drew its initial faculty from Harvard's existing government and economics departments, and welcomed its first students in 1937.

The School's original home was in the Littauer Center north of Harvard Yard, now the home of the Harvard Faculty of Arts and Sciences (FAS) Economics Department. The first students at the Graduate School were so-called "Littauer Fellows", participating in a one-year course listing which later developed into the school's mid-career Master in Public Administration program. In the 1960s, the School began to develop today's public policy degree and course curriculum in the Master in Public Policy program.

In 1966, the School was renamed for President John F. Kennedy. By 1978, the faculty—notably presidential scholar and adviser Richard Neustadt, foreign policy scholar and later dean of the School Graham T. Allison, Richard Zeckhauser, and Edith Stokey—had orchestrated the consolidation of the School's programs and research centers in the present campus. The first new building opened on the southern half of the former Eliot Shops site in October 1978. Under the terms of Littauer's original grant, the current HKS campus also features a building called Littauer.

In addition to playing a critical role in the development of the School's modern era, Neustadt, who at the time served as the Assistant Dean, was also the founding Director of the Harvard Institute of Politics (IOP), created in 1966 in honor of President Kennedy. The IOP has been housed on the Kennedy School campus since 1978, and today the Institute puts on a series of programs, speeches and study groups for Harvard undergraduates and graduate students. The John F. Kennedy Jr. Forum in the new Littauer building is both the site of IOP forum events as well as a major social gathering place between HKS courses.

In 2012 the school announced a $500 million fundraising campaign of which over $120 million was to be used to significantly expand the campus adding 91,000 square feet of space that will include six new classrooms, a new kitchen, and dining facility, offices and meeting spaces, a new student lounge and study space, more collaboration and active learning spaces as well as a redesigned central courtyard. Groundbreaking commenced on May 7, 2015, and the project was completed in late 2017. It was opened officially in December 2017.

There are three separate Master in Public Administration (MPA) programs: a one-year Mid-Career Program (MC/MPA), intended for professionals more than seven years after college graduation; a two-year MPA program intended for professionals who have an additional graduate degree and are more recently out of school; and a two-year international development track (MPA/ID) focused on development studies with a strong emphasis on economics and quantitative analysis.

Among the members of the Mid-Career MPA class are the Mason Fellows, who are public and private executives from developing countries. Mason Fellows typically constitute about 50% of the incoming class of Mid Career MPA candidates. The Mason cohort is the most diverse at Harvard in terms of nationalities and ethnicities represented, and it is named after late Harvard Professor and Dean of the Graduate School of Public Administration, now known as the John F. Kennedy School of Government, from 1947 to 1958 Edward Sagendorph Mason who thought of bringing the developing world leaders to Harvard to stand on the cutting edge of development knowledge ultimately aiming for a better world.

The Harvard Kennedy School has a number of joint and concurrent degree programs, within Harvard and with other leading universities, which allow students to receive multiple degrees in a reduced period of time. Joint and current students spend at least one year in residence in Cambridge taking HKS courses. At Harvard, HKS joint degree programs are run with Harvard Business School, Harvard Law School and Harvard Graduate School of Design, and concurrent programs are offered with Harvard Divinity School and Harvard Medical School.

Abroad, HKS offers a dual degree with the Graduate Institute of International and Development Studies in Geneva.

HKS courses are organized across six areas, called a Policy Area of Concentration, on which they focus their coursework, take a year-long research seminar in their second year, and prepare a master's thesis, called a Policy Analysis Exercise. The school divides the school and HKS course listing into six areas, each headed by a faculty "area chair". In addition to offerings in the HKS course listing, students are eligible to cross-register for many courses at the other graduate and professional schools at Harvard. Students are also able to sample beyond the Harvard and HKS course listing at the MIT Sloan School of Management, at The Fletcher School of Law and Diplomacy at Tufts University, and at the MIT School of Architecture and Planning.

Harvard Kennedy School receives high rankings in the U.S. News & World Report listing of top graduate schools of public affairs. HKS is currently ranked first by US News in social policy. In the 2015 rankings, HKS is ranked first in the subcategory of health policy, second in public policy analysis and social policy. Kennedy's foreign affairs offerings are also ranked at or near the top of Foreign Policy magazine's Inside the Ivory Tower survey, which lists the world's top twenty international relations programs at the undergraduate, Master's and Ph.D. levels. In 2012, for example, the survey ranked HKS first overall for doctoral and undergraduate programs and third overall in the Master's category.

Kennedy School women's team outside the Weld Boathouse preparing to row the Head of the Charles
There is an active student life at HKS. Most of the activities are centered on interest-driven student 'caucuses,' the student government (Kennedy School Student Government, known as KSSG), student-edited policy journals, such as the Harvard Journal of Hispanic Policy, the Kennedy School Review and the Journal of Middle Eastern Politics and Policy, a student newspaper (The Citizen), and a number of athletic groups.

Students can join the Harvard Graduate Council, which is the centralized student government for the twelve graduate and professional schools of Harvard University. The HGC is responsible for advocating student concerns to central administrators – including the President of Harvard University, Provost, Deans of Students, and Deans for the nearly 15,000 graduate and professional students across the twelve schools, organizing large university-wide initiatives and events, administering and providing funding for university-wide student groups (USGs), and representing the Harvard graduate student population to other universities and external organizations. HGC is known for spearheading the "One Harvard" movement, which aims to bring all of Harvard's graduate schools together through closer collaboration and social interaction.

Harvard Kennedy School is home to 14 centers, several of which are located at HKS but University-wide.

The majority of centers offer research and academic fellowships through which fellows can engage in research projects, lead study groups into specific topics and share their experiences with industry and government with the student body. Under Dean Elmendorf, the school has tried to focus its engagement across the political spectrum, which has caused controversy at times. Recently, the school came under criticism for offering a fellowship to Chelsea Manning on September 13, 2017. It then publicly rescinded the offer on September 15, 2017 after CIA Director Mike Pompeo canceled his speaking appointment and sent a letter condemning Harvard for awarding the fellowship.