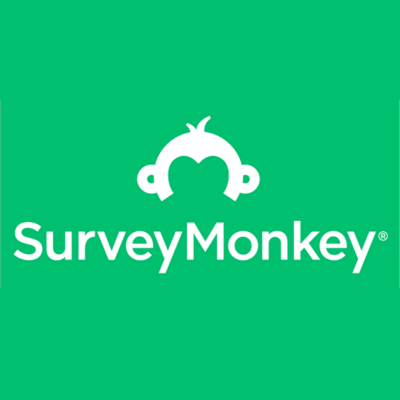 SVMK Inc., doing business as SurveyMonkey, is an online survey development cloud-based software as a service company. It was founded in 1999 by Ryan Finley and Chris Finley. The company provides surveys, and a suite of paid back-end programs.

The company went public in September 2018.

The company was owned by Ryan and Chris Finley until Spectrum Equity and Bain Capital acquired a majority interest in the company in 2009.

In 2010, the company received US$100 million in debt financing from Bank of America Merrill Lynch and SunTrust Robinson Humphrey.

Zander Lurie was named chairman of the board in July 2015.

Starting August 3, 2015, Bill Veghte replaced Goldberg as SurveyMonkey CEO. Veghte held top posts at HP and Microsoft.[17] Veghte left the role after fewer than 6 months due to strategic differences with investors.[18] Veghte was replaced by Zander Lurie in January 2016.

On September 26, 2018, SurveyMonkey (SVMK) made its debut on the NASDAQ Exchange. The stock launched at $12 per share and rose 43% on the first day of trading.

Emory University Goizueta Business School dean Erika James joined the SurveyMonkey board of directors in 2018, creating Gender Parity on the company's board.