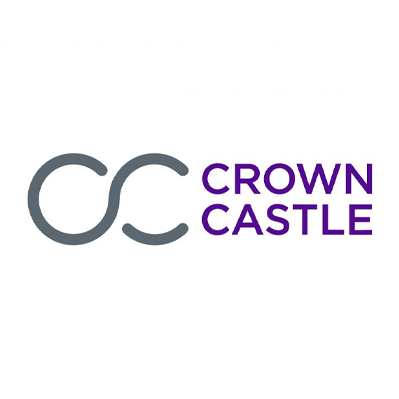 Crown Castle is a real estate investment trust and provider of shared communications infrastructure in the United States. Its network includes over 40,000 cell towers and nearly 80,000 route miles of fiber supporting small cells and fiber solutions.

Headquartered in Houston, Texas, the company has 100 offices nationwide. In 2017, Crown Castle was ranked on Houston Business Journal's Best Places to Work.

On January 12, 2007, Crown Castle completed the acquisition of Global Signal Inc., another U.S. tower operator which was based in Sarasota, Florida.

On December 11, 2011, Crown Castle announced an agreement to purchase NextG Networks, Inc. for nearly $1 billion. NextG had over 7,000 distributed antenna system nodes on-air at the time of the agreement with another 1,500 nodes under construction as well as rights to more than 4,600 miles of fiber optic cables.

In 2015, Crown Castle expanded into small cell technology in order to boost the capability and widen the scope of its network. The acquisition of Quanta Fiber Networks (Sunesys) in 2015 gave the company access to over 10,000 miles of fiber in various metro areas like Los Angeles, Chicago, Silicon Valley and Atlanta. Prior to that, in 2014, the company acquired the 24/7 Mid-Atlantic Network with over 800 miles of fiber along the East Coast of U.S.

On July 19, 2017, Crown Castle signed an agreement to acquire Lightower, a fiber network operator in the northeast U.S., for approximately $7.1 billion. The transaction increased Crown Castle's fiber network to approximately 60,000 route miles. The buyout had a significant impact on second-quarter earnings reported in late July. Revenue increased by 3.3% and small cells increased sales by 42%. Crown Castle also announced a $3.25 billion common stock offering as well as a $1.5 billion sale of convertible preferred shares to help finance the Lightower purchase.