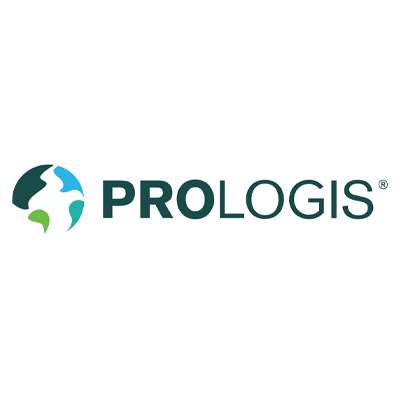 Prologis is a real estate investment trust headquartered in San Francisco, California that invests in warehouses. The company was formed through the merger of AMB Property Corporation and ProLogis in June 2011, which made Prologis the largest industrial real estate company in the world. As of December 31, 2020, the company owned 4,703 buildings comprising 984 million square feet in 19 countries in North America, Latin America, Europe, and Asia. According to The Economist, its business strategy is focused on warehouses that are located close to huge urban areas where land is scarce. It serves over 5,000 tenants. Prologis created a venture capital arm in 2016.

Prologis was formed in 2011 through the merger of AMB and ProLogis, both multinational real estate companies based in the United States.

In March 2011, prior to the merger with ProLogis, AMB Property formed a €470 million joint venture with Allianz Real Estate.

In January 2011, AMB Property Corporation agreed to buy the larger ProLogis for $8.7 billion, with the new entity named Prologis. The companies announced that the new Prologis would be based in San Francisco, AMB's hometown, but would maintain an office in Denver, Colorado, where ProLogis was based. Completed in June 2011, the merger was one of the biggest real-estate deals since the Great Recession, and it created the largest industrial real estate company in the world. With total market value estimated at $24 billion, the new Prologis had around $46 billion in assets under management and logistics and distribution facilities in North America, Europe, Asia and South America. Clients of the new company included DHL, Kuehne + Nagel, Home Depot Inc., Unilever, and FedEx. AMB CEO Hamid R. Moghadam and ProLogis CEO Walter Rakowich were appointed as the new company's co-chiefs, with Moghadam to become the sole CEO in 2013.

In August 2011, the company sold a 378,298-square-foot industrial property in Grove City, Ohio for $12.4 million. The company also acquired a warehouse in Tolleson, Arizona for $9.95 million.

On February 14, 2013, Nippon Prologis REIT, Inc. (NPR), a Japanese real estate investment trust formed by Prologis, successfully completed an IPO on the Tokyo Stock Exchange. In March 2013, Prologis formed the Prologis European Logistics Partners Sarl joint venture with Norges Bank Investment Management for US$3.1 billion. In August 2013, in partnership with The Blackstone Group the company acquired a 17 million square foot portfolio for $960 million from Lehman Brothers. In the fourth quarter of 2013, the company sold 3 warehouses in Tempe, Arizona for $22 million, and acquired a 1.8 million square foot portfolio in Nashville, Tennessee. In November 2013, Prologis announced plans to spend "as much as $600 million a year to develop warehouses in Japan," its biggest market after the United States, where it had customers such as Amazon.com and Nippon Express.

In 2014, the company acquired a 117,600 square foot warehouse in Hanover, Maryland for $8.65 million. and two industrial buildings in Charlotte, North Carolina for $17.5 million. The company also completed the corporate spin-off of FIBRA Prologis, the company's Mexican affiliate also known as Prologis Property Mexico SA, raising about 7 billion pesos ($541 million). Prologis sold a 59-property portfolio to TPG for $375 million. In September 2014, the company sold a former Big Lots warehouse in Columbus, Ohio for $8.5 million. At the end of 2014, Prologis owned 2,853 properties, with the bulk in North America and around 600 in Europe and Asia.

In March 2015, the company acquired an 18-acre development site in La Vergne, Tennessee for $2.35 million.

Prologis had reduced its number of managed funds from 23 to 11 by the spring of 2015, and was managing "$29 billion in real-estate assets through joint ventures and a series of funds backed by institutional investors." That quarter, the company sold a Silicon Valley industrial park to Facebook, Inc.

With corporate headquarters remaining in San Francisco, in April 2015 Prologis announced a plan to move offices from east Denver, Colorado, to a new building in downtown Denver in 2017.

In October 2015, Prologis acquired Morris Realty Associates' portfolio of logistics and retail properties in the United States for $820 million. Prologis sold the retail asset portion of this portfolio to an affiliate of The Blackstone Group for $374 million.

Prologis formed its venture capital arm in March 2016 and had made 20 investments by late 2019. By late 2016, Prologis had built large multistory warehouses in Japan, Singapore and China. The company began construction on a three-floor warehouse in Seattle, Washington, in November 2016, which was the first multi-story warehouse in the country. The following month, Prologis also outlined plans to build a three-story warehouse in San Francisco.

In November 2017, the company sold a 12-building business park in Fremont, California for $72 million.

In August 2018, the company completed the $8.5 billion acquisition of DCT Industrial Trust. It sold the last of its holdings in Memphis, Tennessee, and acquired the Pepsi bottling plant near the Mount Baker station in Seattle for $65 million in September of that year.

In November 2019, the company acquired land in Polk County, Florida for $10 million for a warehouse to be leased to Amazon.com.

It completed the $13 billion acquisition of Liberty Property Trust in January 2020.

In February 2020, the company completed the $4 billion acquisition of Industrial Property Trust. The company also acquired a development site in Miami Dade for $9 million. At that point, The Economist noted that Prologis' business strategy was focused on warehouses that are located close to huge urban areas where land is scarce. Prologis began releasing a series of special reports on the industrial impact of the COVID-19 pandemic in early 2020, noting that an increase an e-commerce would likely result in companies increasing their inventories, in turn increasing the demand for warehousing.

In April 2021, the company acquired the Hilltop Mall in Richmond, California for $117 million. "The purchase of the 78-acre site marks the beginning of Prologis' efforts to pursue a mixed-use development that includes residential and retail as well as the modern logistics facilities that are the company's specialty." 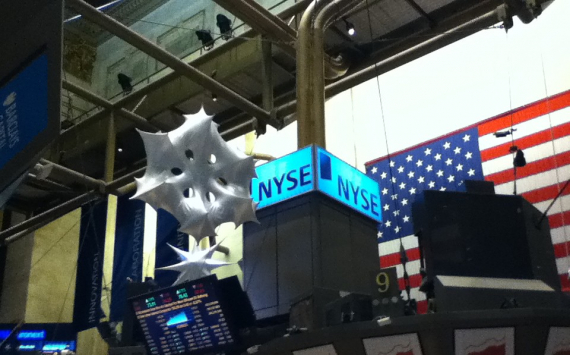