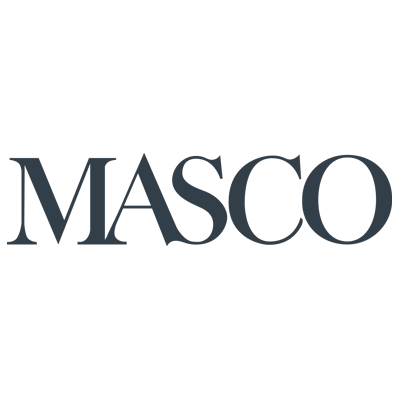 Masco is an American manufacturer of products for the home improvement and new home construction markets. Comprising more than 20 companies, the Masco conglomerate operates nearly 60 manufacturing facilities in the United States and over 20 in other parts of the world. Since 1969 it trades on the NYSE. Under the leadership of Richard Manoogian, the company grew exponentially and subsequently joined the Fortune 500 list of largest U.S. corporations.

As of 2007, Masco employed approximately 32,500 employees and has approximately 6,000 shareholders. The company is currently ranked at 373 on the Fortune 500. As of December 31, 2007, Masco had a little over ten billion dollars in assets, and the company's total revenue was $11.77 billion. Total sales for the company in 2009 were 7.8 billion. In 2010, the company had worldwide sales of $7.6 billion and approximately 90 manufacturing facilities. The current CEO is Keith J. Allman.

In 2001, Masco Corp., or simply Masco, entered the windows business and had operating profits beyond a billion dollars. Late in the year, Masco announced it would write down the value of its stake in LifeStyle Furnishings International by $460 million, since its equity share was only 15 percent, with the rest being debt. LifeStyle, the third largest furniture maker in the United States with $2 billion in sales, had sold Universal Furniture to Lacquer Craft. Then Masco announced Furniture Brands International would buy Drexel Heritage, Henredon and Maitland-Smith for $275 million, with management of Berkline, BenchCraft and Sunbury taking over those companies. LifeStyle continued to own Lexington, Robert Allen/Ametex and the Beacon Hill showrooms.

Throughout his time with the company, Richard Manoogian has achieved a net worth of approximately $750 million. He has been ranked as high as number five on the Forbes 400 list of richest manufacturers. The Manoogian family is no longer involved in the management of the company.

In 2015, the company announced it would relocate its headquarters from its facility in Taylor, Michigan to Livonia due to downsizing after spinning-off some divisions. Company president Keith Allman opened the new site on July 31, 2017.

In December 2017, Masco acquired Mercury Plastics of Middlefield, Ohio for an undisclosed amount and in January 2018, it acquired Kichler Lighting of Independence, Ohio for $550 million.