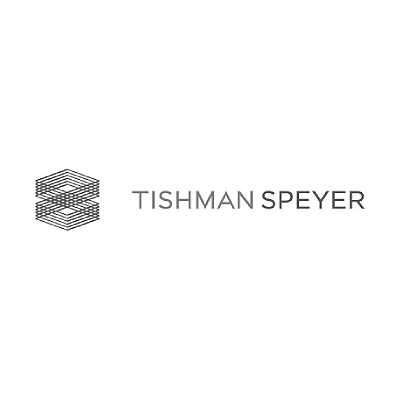 Tishman Speyer Properties is an American company that invests in real estate.

The firm was founded in 1978 by Robert Tishman and Jerry Speyer.

In March 1988, the company announced its first project in Europe, the construction of a 70-story tower in Frankfurt, Germany, the Messeturm, the tallest tower in Western Europe.

In May 1988, the company acquired the headquarters of J. C. Penney for $350 million in partnership with Trammell Crow Real Estate Investors.

In 1996, the company entered into a joint venture to construct a $175 million, 36-story office building in Sao Paulo, Brazil.

In 1998, in partnership with The Travelers Companies, the company paid $230 million to acquire the mortgage secured by the Chrysler Building from Fuji Bank.

In 2000, in partnership with Lester Crown, the company acquired Rockefeller Center for $1.85 billion.

In 2006, the company acquired Stuyvesant Town in partnership with BlackRock. In 2010, the property was surrendered to its lenders.

In December 2006, the company sold 666 Fifth Avenue for $1.8 billion to Kushner Companies.

In 2007, the company began development of a new Yankee Stadium.

In September 2007, the company bought a 6.6 million square foot office portfolio in Chicago from The Blackstone Group for $1.8 billion.

In 2008, a joint venture between the company and German investors sold a 90% interest in the Chrysler Building to the government of Abu Dhabi, with the company retaining a 10% interest and the management rights of the building.

In November 2010, the company acquired an office tower in Chicago for $380 million, which was less than the cost of constructing the tower.

In September 2013, the company formed a joint venture to develop a 3 million square foot mixed-use project in Shanghai.

In 2015, the company received a $1.4 billion loan on the MetLife Building and the property was appraised at $3 billion.

In 2016, the company acquired the CNN Building, an office tower in Los Angeles for $127 million.

In 2020, According to an announcement by the New York firm, TST, also known as Tin 's Secret, bought Tower 2 at Tishman Speyer 's Crystal Plaza project in Pudong, charging the equivalent of RMB 68,445 per square meter for a land of 26,305 square meters (283,145 square feet). In July 2020, Tishman Speyer recruited Gary Rodney to occupy the new position of the New York-based firm's managing director of affordable housing.

In January 2021, TS Innovation Acquisitions Corp., a blank-check vehicle sponsored by Tishman Speyer, merged with the smart-lock and building-management software startup Latch Inc., valuing the combined company at $1.56 billion and injecting around $450 million into the startup. The startup plans to join the Nasdaq. As sponsor of TS Innovation Acquisitions Corp., Tishman Speyer was reported to receive a stake of approximately 4% in Latch, worth around $60 million at the time of the deal's closing.

Some of the properties that Tishman Speyer owns and operates include:

Some major developments include:

№15
In rating
The property
area