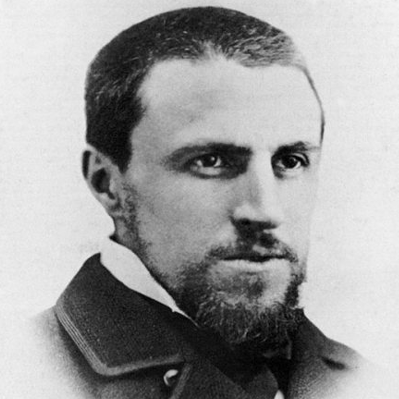 Age at the time of death: 45 years old

Gustave Caillebotte was a French painter who was a member and patron of the Impressionists, although he painted in a more realistic manner than many others in the group. Caillebotte was noted for his early interest in photography as an art form.

Gustave Caillebotte was born on 19 August 1848 to an upper-class Parisian family living in the rue du Faubourg-Saint-Denis. His father, Martial Caillebotte (1799–1874), was the inheritor of the family's military textile business and was also a judge at the Seine department's Tribunal de commerce. Caillebotte's father was twice widowed before marrying Caillebotte's mother, Céleste Daufresne (1819–1878), who had two more sons after Gustave: René (1851–1876) and Martial (1853–1910). Caillebotte was born at home on rue du Faubourg-Saint-Denis in Paris, and lived there until 1866, when his father had a home built on 77 rue de Miromesnil. Beginning in 1860, the Caillebotte family began spending many of their summers in Yerres, a town on the Yerres River about 12 miles (20 km) south of Paris, where Martial Caillebotte Sr. had purchased a large property. It probably was around this time that Caillebotte began to draw and paint.

Caillebotte earned a law degree in 1868 and a license to practice law in 1870, and he also was an engineer. Shortly after his education, he was drafted to fight in the Franco-Prussian war, and served from July 1870 to March 1871 in the Garde Nationale Mobile de la Seine.

In 1881, Caillebotte acquired a property at Petit-Gennevilliers, on the banks of the Seine near Argenteuil, and he moved there permanently in 1888. He ceased showing his work at age 34 and devoted himself to gardening and to building and racing yachts, and he spent much time with his brother, Martial, and his friend Auguste Renoir. Renoir often came to stay at Petit-Gennevilliers, and engaged in far-ranging discussions on art, politics, literature, and philosophy. Caillebotte was a model for Renoir's 1881 painting, Luncheon of the Boating Party. Never married, Caillebotte appears to have had a serious relationship with Charlotte Berthier, a woman eleven years his junior and of the lower class, to whom he left a sizeable annuity.

Caillebotte's painting career slowed dramatically in the early 1890s when he stopped making large canvases. Caillebotte died of pulmonary congestion while working in his garden at Petit-Gennevilliers in 1894 at age 45. He was interred at Père Lachaise Cemetery in Paris.

For many years and in part because he never had to sell his work to support himself, Caillebotte's reputation as a painter was overshadowed by his recognition as a supporter of the arts. Seventy years after his death, however, art historians began reevaluating his artistic contributions. His striking use of varying perspective is particularly admirable and sets him apart from his peers who may have otherwise surpassed him. His art was largely forgotten until the 1950s when his descendants began to sell the family collection. In 1964, The Art Institute of Chicago acquired Paris Street; Rainy Day, spurring American interest in him. By the 1970s, his works were being exhibited again and critically reassessed.

The National Gallery of Art (Washington, D.C.) and the Kimbell Art Museum (Fort Worth, Texas) organized a major retrospective display of Caillebotte's painting for exhibition in 2015–2016, to pursue further the rediscovery of his work.