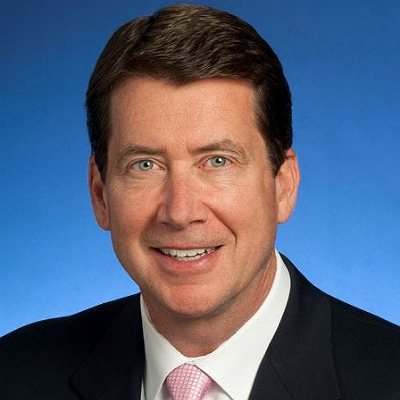 Politician, diplomat, and businessman who served as the 30th United States Ambassador to Japan

Bill Hagerty (Republican Party) is running for election to the U.S. Senate to represent Tennessee. He is on the ballot in the Republican primary on August 6, 2020.

Hagerty is the founder and managing director of Hagerty Peterson & Company, LLC, a merchant bank and private equity investment firm. He has also served as an economic advisor to political figures such as President George H. W. Bush, Tennessee Governor Bill Haslam, and Mitt Romney. Hagerty was also a member of Donald Trump's presidential transition team, a group of advisors tasked with recommending presidential appointments for the incoming administration.

Hagerty began his career in the financial sector with the Boston Consulting Group and eventually moved on to Trident Capital before forming Hagerty Peterson & Company, LLC. Hagerty also served various companies as an executive, working with CyMed, NEW Customer Services Company, and Sound Advice. He was also CEO of ALAM, a private equity investment platform majority owned by Lehman Brothers.

During the George H. W. Bush administration, Hagerty was a member of the domestic policy staff, serving on the President’s Council on Competitiveness. Hagerty was also a White House Fellow, working for the NASA administrator and in the office of the vice president.

From 2011 to 2015, Hagerty was a member of Tennessee governor Bill Haslam's cabinet, serving as the Commissioner of Economic Development.

Hagerty was a member of Donald Trump's presidential transition team. The transition team was a group of around 100 aides, policy experts, government affairs officials, and former government officials who were tasked with vetting, interviewing, and recommending individuals for top cabinet and staff roles in Trump's administration. He oversaw presidential appointments.