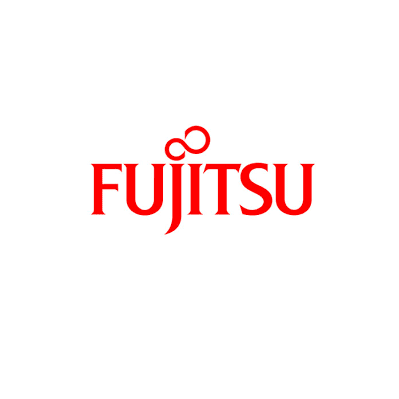 Fujitsu Limited is a Japanese multinational information and communications technology equipment and services company, established in 1935 and headquartered in Tokyo. Fujitsu was the world's fourth-largest IT services provider by annual revenue, after IBM, Accenture and AWS, in 2018. The hardware offerings from Fujitsu are mainly of personal and enterprise computing products, including x86, SPARC and mainframe compatible server products, although the company and its subsidiaries also offer a diversity of products and services in the areas of data storage, telecommunications, advanced microelectronics, and air conditioning. It has approximately 132,138 employees and its products and services are available in over 100 countries.

Fortune named Fujitsu as one of the world's most admired companies and a Global 500 company. Fujitsu is listed on the Tokyo Stock Exchange and Nagoya Stock Exchange; its Tokyo listing is a constituent of the Nikkei 225 and TOPIX 100 indices.

Fujitsu was established on June 20, 1935, the fact that makes it one of the oldest operating IT companies after IBM and before Hewlett Packard, under the name Fuji Telecommunications Equipment Manufacturing, as a spin-off of the Fuji Electric Company, itself a joint venture between the Furukawa Electric Company and the German conglomerate Siemens which had been founded in 1923. Despite its connections to the Furukawa zaibatsu, Fujitsu escaped the Allied occupation of Japan after the Second World War mostly unscathed.

In 1955, Fujitsu founded Kawasaki Frontale as a company football club; Kawasaki Frontale has been a J. League football club since 1999. In 1967, the company's name was officially changed to the contraction Fujitsū. Since 1985, the company also fields a company American football team, the Fujitsu Frontiers, who play in the corporate X-League, appeared in 7 Japan X Bowls, winning two, and won two Rice Bowls.

In 1971, Fujitsu signed an OEM agreement with the Canadian company Consolidated Computers Limited (CCL) to distribute CCL's data entry product, Key-Edit. Fujitsu joined both International Computers Limited (ICL) who earlier began marketing Key-Edit in the British Commonwealth of countries as well as in both western and eastern Europe; and CCL's direct marketing staff in Canada, USA, London (UK) and Frankfurt. Mers Kutt, inventor of Key-Edit and founder of CCL, was the common thread that led to Fujitsu's later association with ICL and Gene Amdahl.

In 1990, Fujitsu acquired 80% of the UK-based computer company ICL for $1.29 billion.[20][21] In September 1990, Fujitsu announced the launch of a new series of mainframe computers which were at that time the fastest in the world. In July 1991, Fujitsu acquired more than half of the Russian company KME-CS (Kazan Manufacturing Enterprise of Computer Systems).

In 1992, Fujitsu introduced the world's first 21-inch full-color plasma display. It was a hybrid, based upon the plasma display created at the University of Illinois at Urbana-Champaign and NHK STRL, achieving superior brightness.

Fujitsu agreed to acquire the 58 percent of Amdahl Corporation (including the Canada-based DMR consulting group) that it did not already own for around $850 million in July 1997.

In April 1997, the company acquired a 30 percent stake in GLOVIA International, Inc., an El Segundo, Calif., manufacturing ERP software provider whose software it had begun integrating into its electronics plants starting in 1994.

In April 2000, Fujitsu acquired the remaining 70% of GLOVIA International.

In April 2002 ICL re-branded itself as Fujitsu. On March 2, 2004, Fujitsu Computer Products of America lost a class action lawsuit over hard disk drives with defective chips and firmware. In October 2004, Fujitsu acquired the Australian subsidiary of Atos Origin, a systems implementation company with around 140 employees which specialized in SAP.

In August 2007, Fujitsu signed a £500 million, 10-year deal with Reuters Group under which Reuters outsourced the majority of its internal IT department to Fujitsu. As part of the agreement around 300 Reuters staff and 200 contractors transferred to Fujitsu. In October 2007, Fujitsu announced that it would be establishing an offshore development centre in Noida, India with a capacity to house 1,200 employees, in an investment of US$10 million.

In January 2009, Fujitsu reached an agreement to sell its HDD business to Toshiba. Transfer of the business was completed on October 1. 2009.

In March 2009, Fujitsu announced that it had decided to convert FDK Corporation, at that time an equity-method affiliate, to a consolidated subsidiary from May 1, 2009 (tentative schedule) by subscribing to a private placement to increase FDK's capital. On April 1, 2009, Fujitsu agreed to acquire Siemens' stake in Fujitsu Siemens Computers for approximately EUR450m. Fujitsu Siemens Computers was subsequently renamed Fujitsu Technology Solutions.

Concerning of net loss forecast amounted 95 billion yen in the year ending March 2013, in February 2013 Fujitsu announced to cut 5,000 jobs of which 3,000 jobs in Japan and the rest overseas from its 170,000 employees. Fujitsu also merged its Large-scale integration chip designing business with that of Panasonic Corporation, resulting in establishment of Socionext.

In 2014, after severe losses, Fujitsu spun off its LSI chip manufacturing division as well, as Mie Fujitsu semiconductor, which was later bought in 2018 by United Semiconductor Japan Co., Ltd., wholly owned by United Microelectronics Corporation.

In 2015, Fujitsu celebrated 80 years since establishment at a time when its IT business embarked upon the Fujitsu 2015 World Tour which has included 15 major cities globally and been visited by over 10,000 IT professionals with Fujitsu presenting its take on the future of Hyper Connectivity and Human Centric Computing.

In November 2015, Fujitsu Limited and VMware announced new areas of collaboration to empower customers with flexible and secure cloud technologies. It also acquired USharesoft which provides enterprise-class application delivery software for automating the build, migration and governance of applications in multi-cloud environments.

In January 2016, Fujitsu Network Communications Inc. announced a new suite of layered products to advance software-defined networking (SDN) for carriers, service providers and cloud builders. Virtuora NC, based on open standards, is described by Fujitsu as "a suite of standards-based, multi-layered, multi-vendor network automation and virtualization products" that "has been hands-on hardened by some of the largest global service providers."

In 2019, Fujitsu started to deliver 5G telecommunications equipment to NTT Docomo, along with NEC.

In March 2020, Fujitsu announced the creation of a subsidiary, later named Fujitsu Japan, that will enable the company to expand its business in the Japanese IT services market.

In June 2020, Fugaku, co-developed with the RIKEN research institute, was declared the most powerful supercomputer in the world. The performance capability of Fugaku is 415.53 PFLOPS with a theoretical peak of 513.86 PFLOPS. It is three times faster than of the previous champion. Fugaku also ranked first place in categories that measure computational methods performance for industrial use, artificial intelligence applications, and big data analytics. The supercomputer is located in a facility in Kobe.

In June 2020, Fujitsu developed an artificial intelligence monitor that can recognize complex hand movements, built on its crime surveillance technology. The AI is designed to check whether the subject complete proper hand washing procedure based on the guidelines issued by the WHO.