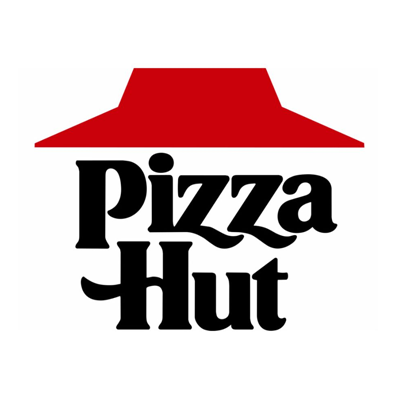 Pizza Hut is an American restaurant chain and international franchise founded in 1958 in Wichita, Kansas by Dan and Frank Carney. It provides Italian-American cuisine, including pizza, pasta, side dishes and desserts. It has 18,703 restaurants worldwide as of December 31, 2019, making it the world's largest pizza chain in terms of number of locations. It is a subsidiary of Yum! Brands, Inc., one of the world's largest restaurant companies.

Pizza Hut was founded on June 15, 1958 by two Wichita State University students, brothers Dan and Frank Carney, as a single location in Wichita, Kansas. Six months later they opened a second outlet and within a year they had six Pizza Hut restaurants. The brothers began franchising in 1959. The iconic Pizza Hut building style was designed in 1963 by Chicago architect George Lindstrom and was implemented in 1969. PepsiCo acquired Pizza Hut in November 1977. Twenty years later, Pizza Hut (alongside Taco Bell and Kentucky Fried Chicken) were spun off by PepsiCo on May 30, 1997, and all three restaurant chains became part of a new company named Tricon Global Restaurants, Inc. The company assumed the name of Yum! Brands on May 22, 2002.

Before closing in 2015, the oldest continuously operating Pizza Hut was in Manhattan, Kansas, in a shopping and tavern district known as Aggieville near Kansas State University. The first Pizza Hut restaurant east of the Mississippi River was opened in Athens, Ohio, in 1966 by Lawrence Berberick and Gary Meyers.

The company announced a rebrand that began on November 19, 2014, in an effort to increase sales, which had dropped in the previous two years. The menu was expanded to introduce various items such as crust flavors and 11 new specialty pizzas. Work uniforms for employees were also refreshed. In 2017, Pizza Hut was listed by UK-based company Richtopia at number 24 in the list of 200 Most Influential Brands in the World.

In March 2020, several Pizza Hut locations in Western New York temporarily closed due to the COVID-19 pandemic. On July 22, 2020, a statement was released by a company spokesperson from Pizza Hut saying that all 17 locations in the area have closed. The statement said, "As a result of 17 Pizza Hut dine-in restaurants in Western New York initially closing temporarily due to COVID-19 restrictions, the local franchisee made the decision to permanently close these stores. However, Pizza Hut has new franchisees coming into the New York region, and we are hopeful we will be able to serve our customers in this area again in the future."

On August 18, 2020, it was announced that Pizza Hut will be closing 300 restaurants after the bankruptcy of NPC International, one of its franchise providers. A company representative stated, "We have continued to work with NPC and its lenders to optimize NPC's Pizza Hut restaurant footprint and strengthen the portfolio for the future, and today's joint agreement to close up to 300 NPC Pizza Hut restaurants is an important step toward a healthier business."

In January 2021, Pizza Hut launched a new style of pizza that is rectangular with cheese at the edges. This new pizza comes in "Detroit Double Pepperoni" which includes 80 pepperoni slices, "Double Cheesy," "Meaty Deluxe" and the "Supremo".