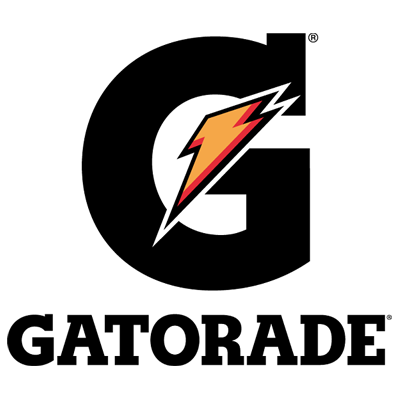 Gatorade is an American brand of sports-themed beverage and food products, built around its signature line of sports drinks. Gatorade is currently manufactured by PepsiCo and is distributed in over 80 countries. The beverage was first developed in 1965 by a team of researchers led by Robert Cade. It was originally made for the Gators at the University of Florida to replenish the carbohydrates that the school's student-athletes burned and the combination of water and electrolytes that they lost in sweat during rigorous sports activities.

Originally produced and marketed by Stokely-Van Camp, the Gatorade brand was purchased by the Quaker Oats Company in 1983, which, in turn, was bought by PepsiCo in 2000. As of 2010, Gatorade is PepsiCo's fourth-largest brand, on the basis of worldwide annual retail sales. It competes with Coca-Cola's Powerade and Vitaminwater brands worldwide, and with Lucozade in the United Kingdom. Within the United States, Gatorade accounts for approximately 75% of market share in the sports drink category.

Gatorade was created in 1965, by a team of scientists at the University of Florida College of Medicine, including Robert Cade, Dana Shires, Harry James Free, and Alejandro de Quesada. Following a request from Florida Gators football head coach Ray Graves, Gatorade was created to help athletes by acting as a replacement for body fluids lost during physical exertion. The earliest version of the beverage consisted of a mixture of water, sodium, sugar, potassium, phosphate, and lemon juice. Ten players on the University of Florida football team tested the first version of Gatorade during practices and games in 1965, and the tests were deemed successful. On the other hand, star quarterback Steve Spurrier said, "I don’t have any answer for whether the Gatorade helped us be a better second-half team or not. . . . We drank it, but whether it helped us in the second half, who knows?" Nonetheless, the football team credited Gatorade as having contributed to their first Orange Bowl win over the Georgia Tech Yellow Jackets in 1967, at which point the drink gained traction within the athletic community. Yellow Jackets coach Bobby Dodd, when asked why his team lost, replied: "We didn't have Gatorade. That made the difference."

The University of Florida researchers initially considered naming their product "Gator-Aid". They settled on the name Gatorade, however, since the researchers wanted to create a commercial product, not a scientifically-validated one. Darren Rovell notes his history of Gatorade, First in Thirst, "the doctors realized that they probably shouldn't use the 'Aid' suffix, since that would mean that if the drink were ever marketed, they would have to prove that it had a clear medicinal use and perform clinical tests on thousands of people." Gatorade co-inventor Dana Shires explained, "We were told that you couldn't use that because the Food and Drug Administration prohibited that. That would classify it as something other than a cola or soft drink, so we changed it to ade."

For example, some were skeptical that the product's effect was anything more than a placebo effect. Cade mentioned, "If you told a football player that you were giving him Demerol to relieve pain and you gave him a placebo instead, there's about a 30% chance that the placebo will relieve the pain as much as taking Demerol would have."

Shortly after the 1969 Orange Bowl, Robert Cade entered into an agreement providing Stokely-Van Camp, Inc. (SVC), a canned-food packaging company, with the U.S. rights to production and sale of Gatorade as a commercial product. In the same year, a licensing arrangement made Gatorade the official sports drink of the National Football League (NFL), representing the first in a history of professional sports sponsorship for the Gatorade brand. A year after its commercial introduction, S-VC tested multiple variations of the original Gatorade recipe, finally settling on more palatable variants in lemon-lime and orange flavors. This reformulation also removed the sweetener cyclamate—which was banned by the Food and Drug Administration (FDA) in 1969 - replacing it with additional fructose. In the early 1970s, legal questions arose regarding whether or not the researchers who invented Gatorade were entitled to ownership of its royalties since they had been working under a research grant from the federal government which provided financial stipends. The University of Florida also claimed partial rights of ownership, which was brought to resolution in 1973 in the form of a settlement awarding the university with a 20% share of Gatorade royalties. As of 2009, the university had received more than $150 million from its share and was receiving approximately $12 million per year.

The Quaker Oats Company purchased SVC and Gatorade in 1983 for $220 million, following a bidding war with rival Pillsbury. In its first two decades of production, Gatorade was primarily sold and distributed within the United States. Beginning in the 1980s, the company expanded distribution of Gatorade, venturing into Canada in 1984, regions of Asia in 1987, South America and parts of Europe in 1988, and Australia in 1993. In 1990, Gatorade introduced Gatorade Light, a lower-calorie version sweetened with saccharin. International expansion came at the cost of $20 million in 1996 alone; however, the resulting efforts produced worldwide sales of $283 million in more than 45 countries during the same year. In 1997, distribution of Gatorade in an additional 10 countries prompted an 18.7% growth in annual sales.

In 2001, the multinational food and beverage company PepsiCo acquired Gatorade's parent company, the Quaker Oats Company, for $13 billion in order to add Gatorade to its portfolio of brands. PepsiCo had also recently developed All Sport, which it divested of shortly following the Quaker acquisition to satisfy antitrust regulations. Worldwide development of Gatorade continued into the 2000s, including expansion into India in 2004, and the United Kingdom and Ireland in 2008. As of 2010, Gatorade products were made available for sale in more than 80 countries. As the number-one sports drink by annual retail sales in the United States, Canada, Mexico, Italy, Argentina, Brazil, Venezuela, Colombia, Indonesia, and the Philippines, Gatorade is also among the leading sports drink brands in Korea and Australia.

As the distribution of Gatorade expanded outside of the U.S., localized flavors were introduced to conform to regional tastes and cultural preferences, among other factors. For example, Blueberry is available in Colombia, and in Brazil, a Pineapple flavor of Gatorade is sold. In Australia, flavors include Antarctic Freeze and Wild Water Rush. Some flavors that have been discontinued in the U.S., such as Alpine Snow and Starfruit, have since been made available in other countries. 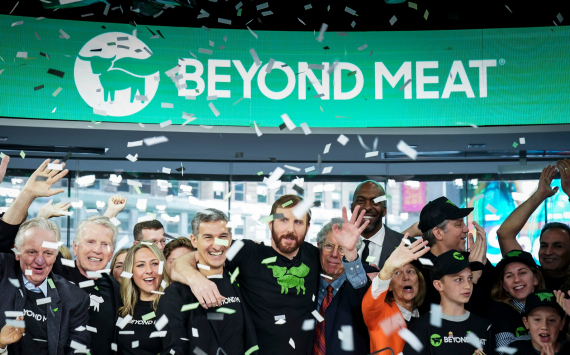