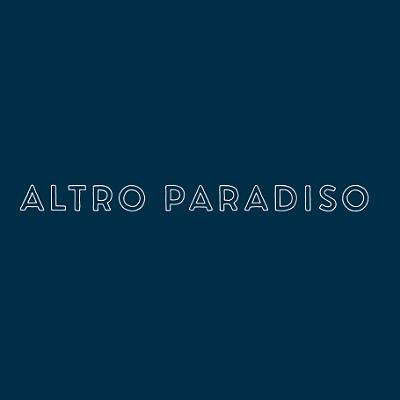 Altro Paradiso opened in 2016. A bright corner space with a brass bar and big windows that look out onto Hudson Square, the restaurant serves Italian food with chef and owner Ignacio Mattos’ light and quietly inventive touch. Mattos first learned to make pastas and ragùs while growing up in Uruguay, from his Italian grandmother. Later, he would focus on the cuisine at Manhattan’s beloved Il Buco, where he ran the kitchen for five years.

At Altro, he cooks appetizers like arancini, grilled octopus with chickpeas, and a house-made sausage; pastas like candele cacio e pepe and strozzapreti all’amatriciana; and mains like a steak with blue cheese butter and a pork chop with caramelized fennel to share. The burger, offered on all of our menus, is frequently ranked among the city’s best. The beverage list focuses on natural and small Italian producers, but there is also a selection from Burgundy, the Rhône, and several other non-Italian regions.

Altro holds two stars from the New York Times and was named one of the best Italian restaurants in the city by Condé Nast Traveler.

Ignacio Mattos is the chef-owner of New York restaurants estela, Café Altro Paradiso, and Flora Bar. Born in Uruguay, he has a bold, singular style inspired by the city he now calls home, time spent in Europe and South America, and the mentorship of chefs Alice Waters, Francis Mallmann, and Judy Rodgers. In 2017, Esquire named Ignacio America’s Chef of the Year. His first cookbook, Estela, was ranked one of 2018's best by the New York Times Book Review.