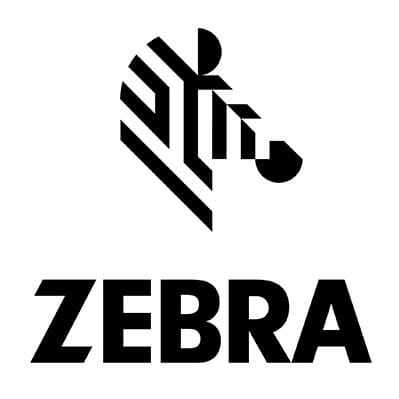 Zebra was incorporated in 1969 as Data Specialties Incorporated, a manufacturer of high-speed electromechanical products. The company changed its focus to specialty on-demand labeling and ticketing systems in 1982 and became Zebra Technologies Corporation in 1986. Zebra became a publicly traded company in 1991.

In 1998, Zebra Technologies merged with Eltron International, Inc. In 2000, Comtec Information Systems was acquired by Zebra Technologies,  followed in 2003 by the acquisition of Atlantek, Inc., which was a manufacturer of photo ID printers.

The company bought the Enterprise Solutions Group (ESG) in 2008 and renamed the group Zebra Enterprise Solutions in 2009. In the same year, Multispectral Solutions, Inc. was acquired. In 2012, the companies LaserBand, and StepOne Systems were purchased with a cash price of $1.5 million.

In 2013, the company acquired Hart Systems for $94 million in cash from the private equity firm Topspin Partners LBO. In 2014, Zebraotorola Solutions' Enterprise Division in a $3.45 billion transaction, providing mobile computing and advanced data capture communications technologies and services. Zebra's acquisition of the Enterprise Division included the Symbol Technologies and Psion product lines. Also in 2014, Zebra provided its real-time location system (RTLS) in NFL stadiums to track players and officials and provide location-based data for the NFL's Next Gen Stats program.

The company acquired Xplore Technologies, a maker of ruggedized tablets and other hard-wearing hardware, in 2018.

In 2020, Zebra acquired Reflexis Systems, a provider of workforce scheduling and task management software solutions to the retail, food service, hospitality, and banking industries for $575 Million.