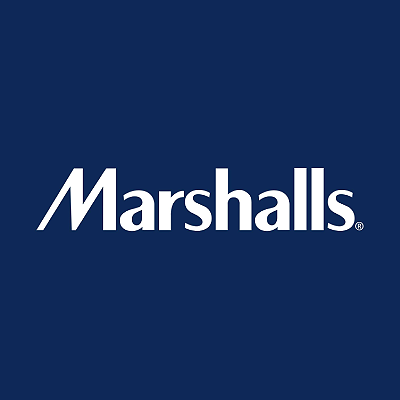 Marshalls is one of the largest U.S. off-price family apparel and home fashion retailer, along with its sister company, TJ Maxx. Its slogans are Your Surprise Is Waiting and Never Boring, Always Surprising.

Marshalls traces its history to 1956, when Alfred Marshall (February 28, 1919 – December 28, 2013) gathered a band of innovative entrepreneurs on the East Coast, including Bernard Goldston, Norman Barren, and Irving Blitt (Frank Estey and Bernard Ribas joined the entrepreneurs in 1960 by purchasing Bernard Goldston's shares), to collectively start up the "Brand Names For Less" concept.

Contemplating the dual postwar phenomena of a boom in the economy and growth in the suburbs, Marshall and associates came upon a way to meet it profitably. Together, they opened a self-service department store in Beverly, Massachusetts, offering apparel and homewares at alluringly low prices. Additional floor space was "sublet" to offer customers shoes, hardware, and sporting goods from separate sellers, but the separate ownership of those departments was invisible to the shopper. The original store also had a soda fountain/grill, which was another sublet of floor space, the "A & M Luncheonette" (for Alice & Mickey Masters, the proprietors).

The concept proved extremely successful. Ten years later, Marshalls had become the leading off-price retail chain in the nation. Given the volatility of the American economy in the 1970s, with recession affecting the spending habits of most shoppers, the off-price industry gathered speed. By buying up manufacturers' post-season, overrun, and close-out stock, Marshalls was able to offer fashionable, high-quality "designer" items at prices 20 to 60 percent less than those of the department stores.

In 1976, Marshalls was acquired by Melville Corporation. By 1993, Marshalls had expanded throughout 42 states including Hawaii, and had opened several downtown locations. In 1995, Marshalls was purchased by TJX, the parent company of its main rival, TJ Maxx, for $550 million.

Marshalls and T.J. Maxx operate as sister stores, and share a similar footprint throughout the country. While the two offer near-identical prices and have similar store layouts, Marshalls differentiates itself by featuring a larger emphasis on family footwear and larger men's and juniors departments.

In 2019, Marshalls began operating a website for online shopping.

TJX paid US$100 million settlement in California to settle an employee class-action suit in 2002, which alleged that Marshalls abused exempt/nonexempt classifications to avoid the payment of overtime or compensation time to employees in certain roles performing non-exempt job duties, as required by the federal Fair Labor Standards Act.

The enterprise has developed national and local partnerships with U.S. charitable organizations. All donations and fund-raising efforts from Marshalls are connected to helping children, families, and their communities with these programs:

Marshalls opened its first locations in Canada in March 2011. As of November 2016, Marshalls Canada had 50 stores with plans to operate approximately 100 stores across the country.