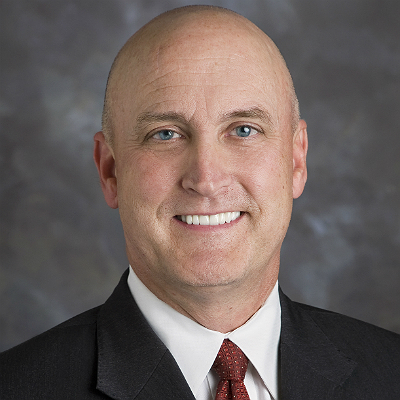 Ben Carter is Trinity Health's chief operating officer responsible for leading all health ministries and other operational areas. Trinity Health regional CEOs, the executive vice presidents for continuing care and administrative services, Trinity Health's system chief information/innovation officer and the chief experience officer all report to Carter. He has extensive knowledge of the organization having led all aspects of the Finance, Treasury, Risk Management, Revenue Excellence and Payer Strategies areas across the system.

A bold and results-driven leader with a long and successful track record at Trinity Health, Carter previously served as the system's executive vice president and chief financial officer. Additional duties under this role included accountability for several regions operationally as well as leading merger and acquisition integrations.

Prior to joining Trinity Health, Carter was executive vice president and chief operating officer of the Detroit Medical Center (DMC), where he was responsible for the operations of the regional system’s eight hospitals and related outpatient facilities. During his tenure there, Carter was instrumental in the DMC’s financial turnaround, which resulted in six consecutive years of profitability. He led key growth, cost reduction and profit initiatives in multiple service lines. Prior to leading DMC operations, Carter spent nearly 17 years in executive-level positions at Oakwood Healthcare in Dearborn, Michigan. He started his career at Plante Moran in Southfield, Michigan, where he worked for eight years.

Throughout his career, Carter has served on many internal and external boards including Care Tech Solutions, Inc., the Invest Michigan Advisory Board, Boys Hope Girls Hope of Detroit and currently serves on Mitch Albom's SAY Detroit Foundation. In 2018, he was also appointed co-chair Governor Rick Snyder's task force on Responsible Retirement Reform for Local Government. He is a member of the American Institute of Certified Public Accountants, the Michigan Association of Certified Public Accountants and the Healthcare Financial Management Association. Carter is an alumnus of the University of Michigan in Ann Arbor, where he graduated magna cum laude with master’s and bachelor’s degrees in business administration.