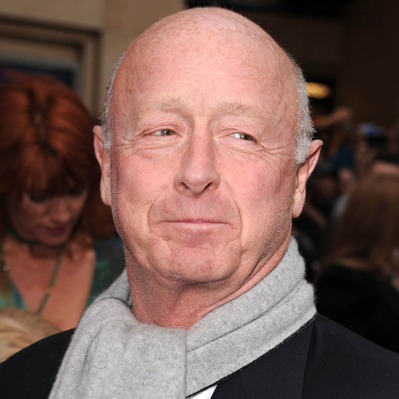 Age at the time of death: 68 years old

Scott was the younger brother of film director Sir Ridley Scott. They both graduated from the Royal College of Art in London, and were among a generation of British film directors who were successful in Hollywood having started their careers making television commercials. In 1995, both Tony and Ridley received the BAFTA Award for Outstanding British Contribution To Cinema. In 2010, they received the BAFTA Britannia Award for Worldwide Contribution to Filmed Entertainment.

The success of his elder brother's fledgling television commercial production outfit, Ridley Scott Associates (RSA), drew Tony's attention to film. Ridley recounted, "Tony had wanted to do documentaries at first. I told him, 'Don't go to the BBC, come to me first.' I knew that he had a fondness for cars, so I told him, 'Come work with me and within a year you'll have a Ferrari.' And he did!" Tony recalled, "I was finishing eight years at art school, and Ridley had opened Ridley Scott Associates and said, 'Come and make commercials and make some money' because I owed money left and right and centre." He directed many television commercials for RSA while also overseeing the company's operation while his brother was developing his feature film career. "My goal was to make films but I got sidetracked into commercials and then I took off. I had 15 years making them, and it was a blast. We were very prolific, and that was our training ground. You'd shoot 100 days in a year, then we gravitated from that to film," he said. Developing his own distinctive visual style while making commercials, Scott states, "I cornered the market in sexy, rock'n'roll stuff."

Scott took time out in 1975 to direct a television adaptation of the Henry James story The Author of Beltraffio. After the feature film successes of fellow British directors Hugh Hudson, Alan Parker, Adrian Lyne and his elder brother during the late 1970s, all of whom had graduated from directing advertising commercials, he received initial overtures from Hollywood in 1980. His eldest brother Frank died, aged 45, of skin cancer during the same year.

Scott persisted in trying to embark on a feature film career. Among the ideas interesting to him was an adaptation of the Anne Rice novel Interview with the Vampire then in development. MGM was already developing the vampire film The Hunger, and hired Scott in 1982. The Hunger starred David Bowie and Catherine Deneuve and introduced Willem Dafoe in a small role. Despite its elaborate photography and sumptuous production design it failed to find an audience or to impress the critics, and performed poorly at the box office, though it later became a cult favourite. Finding few film opportunities in Hollywood over the next two and a half years, Scott returned to commercials and music videos.

In 1985, producers Don Simpson and Jerry Bruckheimer approached Scott to direct Top Gun, having been impressed by The Hunger, and a commercial he had done for Swedish automaker Saab in 1983, called "Nothing on Earth Comes Close", and featuring a Saab 900 turbo racing a Saab 37 Viggen fighter jet. Scott, initially reluctant, finally agreed to direct Top Gun. While the film received mixed critical reviews, it was a box office smash, becoming one of the highest-grossing films of 1986, taking in more than $350 million, and making a star of its young protagonist, Tom Cruise. Labelling Top Gun "the key 1980s movie made by the British ad invasion", Sam Delaney of The Guardian writes, "By the mid-80's, Hollywood was awash with British directors who had ushered in a new era of blockbusters using the crowd-pleasing skills they'd honed in advertising. The vast resources and freedom made available to ad directors during advertising's boom era during the 1970's enabled them to innovate and experiment with new techniques that weren't then possible in TV or film."

Following the stellar success of Top Gun, Scott found himself on Hollywood's A-list of action directors. He re-teamed with Simpson and Bruckheimer in 1987 to direct Eddie Murphy and Brigitte Nielsen in the highly anticipated sequel Beverly Hills Cop II. It left critics underwhelmed, but was among the year's highest-grossing films. That year, in 1987, Tony Scott had signed a deal with Paramount Pictures to develop films for a non-exclusive agreement, which will serve as producers and directors on the studio. His next feature, Revenge (1990), a thriller of adultery and revenge set in Mexico, starred Kevin Costner, Madeleine Stowe and Anthony Quinn. Once again directing Tom Cruise, Scott returned to the Simpson-Bruckheimer fold to helm the big-budget racing film Days of Thunder (1990). Scott later stated that it was difficult to find the drama in racing cars in circles, so he "stole from all race movies to date ... then tried to build on them." Scott's next film was the cult action thriller The Last Boy Scout (1991) starring Bruce Willis and Damon Wayans and written by Shane Black.

In 1993, Scott directed True Romance costing just $13 million, from a script by Quentin Tarantino.[24] The cast included Christian Slater, Patricia Arquette, Dennis Hopper, Christopher Walken, Gary Oldman, Brad Pitt, Tom Sizemore, Chris Penn, Val Kilmer, James Gandolfini and Samuel L. Jackson. Although it received positive reviews from Janet Maslin and other critics, it earned less than it cost to make and was considered a box office failure, although it has since attained cult status. For his next film, Crimson Tide (1995), Scott again teamed up with producers Don Simpson and Jerry Bruckheimer. A submarine thriller starring Gene Hackman and Denzel Washington, it was critically and commercially well received.

In 1995, Shepperton Studios was purchased by a consortium headed by Tony and Ridley Scott, which extensively renovated the studios – located in Britain – while also expanding and improving its grounds. In 1996, Scott directed The Fan, starring Robert De Niro, Wesley Snipes, Ellen Barkin and Benicio del Toro. His 1998 film Enemy of the State, a conspiracy thriller, starred Will Smith and Gene Hackman, and was his highest-grossing film of the decade. Spy Game was released in November 2001, and garnered 63% positive reviews at Metacritic and topped $60 million at the U.S. box office. Scott subsequently directed another thriller starring Denzel Washington, Man on Fire, released in April 2004.

Tony teamed up with Ridley to co-produce the TV series Numb3rs, which aired from 2005 to 2010, with Tony directing the first episode of the fourth season. In 2006, he contributed voice-over to a song called Dreamstalker on Hybrid's album I Choose Noise; Scott has collaborated with Hybrid on several films through their mutual friend, the highly successful film score composer, Harry Gregson-Williams.

In 2005, Tony Scott directed Domino, starring Keira Knightley. While notable for its use of experimental film techniques, it was drubbed by critics and rejected by audiences. In autumn 2006, Scott again worked with Denzel Washington, this time on a sci-fi action film, Déjà Vu. The two collaborated again on The Taking of Pelham 123, a remake of the 1974 film of the same title, and which also starred John Travolta. It was released on 12 June 2009. In 2009, Tony and Ridley Scott were executive producers for The Good Wife, a legal drama television series.

In 2010, the Scott brothers produced the feature film adaptation of the television series The A-Team. The same year, Scott collaborated again with Denzel Washington on Unstoppable, which also starred Chris Pine, and hit the screens in November.

Shortly before his death, Tony Scott produced Coma, a medical thriller miniseries, the Coca-Cola short film The Polar Bears and the thrillers Stoker and The East, the latter two with his brother, Ridley.