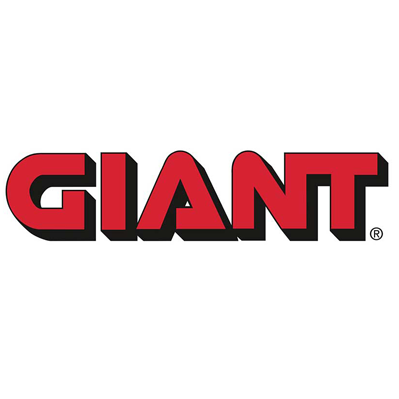 The Giant Company is an American supermarket chain that operates stores in Pennsylvania, Maryland, Virginia, and West Virginia. The chain operates full-scale supermarkets under the Giant and Martin's banners along with small-scale urban stores under the Giant Heirloom Market banner. Giant is a subsidiary of Netherlands-based Ahold Delhaize, which also owns similarly-named Giant Food of Landover, Maryland, often known as Giant-Landover; to distinguish from that chain, whose stores also operate under the Giant banner (albeit with a different logo), The GIANT Company is often referred to as Giant-Carlisle or Giant/Martin's. A significant difference between the two chains is that Giant-Landover is unionized while Giant-Carlisle is non-union, with the exception of stores in Lewistown and Burnham, Pennsylvania.

Giant was founded in 1923, when David Javitch opened a small meat market in Carlisle, Pennsylvania. The Carlisle Meat Market, as it was known, began as a two-man butcher shop.

David Javitch, otherwise known as "D.J.", built his business on the premise of "the best product at the fairest price." He spent most of his hours in the store, and his children were raised there. His store prospered during the 1920s and 1930s. In 1936, Javitch decided to take a chance on a new business opportunity.

He purchased a store in Lewistown, Pennsylvania, which he named the Giant Shopping Food Center. It was a major change from the original Carlisle Meat Market in that it was a total grocery store. It was very modern and offered customers the opportunity to purchase their dry goods and perishables under one roof; a new concept at that time. The store was a great success, and soon a decision was made to expand the Carlisle store from a basic meat market into a full-fledged grocery store.

Prior to purchasing the Lewistown store, Javitch purchased a store in Hagerstown, Maryland, that opened and closed within the same month. Though it was a short-lived and costly venture, it provided a learning experience to Javitch. In addition, his main store in Carlisle was destroyed by fire, and the Lewistown store was completely flooded on two separate occasions.

After each setback, Javitch started over, adding more features for his customers. The Carlisle store was very modern for its time, with features like a parking lot, baggers, and outside lighting for the safety of employees and customers.

The stores continued to flourish in the 1950s as some serious decisions about the business were made. Shopping malls became a new American experience with the population moving outside of the cities and into the suburbs, and Javitch took advantage of the strip malls dotting the landscape. As a result, the company embarked on a plan of steady growth, opening new stores in suburban areas. In 1968, the ninth store opened in Harrisburg, Pennsylvania with Lee Javitch, David's son, serving as President of Giant Food Stores.

In 1970, a strategic decision was made to compete with larger regional supermarket chains. The company's growth accelerated with the purchase of the Martin's chain (though these stores retain the Martin's name to this day) in Hagerstown, Maryland. It was now becoming more difficult for the Javitch family to personally supervise the operation of the expanding company.

In 1972, Nick Riso joined the company as Vice President of Sales and Operations. Nick assisted the Javitch family in bringing about their desired growth plan. A new merchandising effort began with the introduction of "Everyday Low Prices." This concept would begin a span of 29 consecutive years of record sales and earnings. In 1974, David Javitch died, and Lee established the David Javitch Memorial Scholarship Fund to benefit children of Giant/Martin's employees.

As the 1970s closed, 24 stores were in operation. Nick Riso was appointed president, and Lee Javitch assumed the position of Chairman. As the 1980s approached, the company had grown to a workforce of 3,400.

In 2019, Giant began the rollout of a robotic assistant named "Marty" to all of its locations. "Marty" travels unassisted around the store and checks for hazards and reports accurate price checks. The addition of the robotic assistant to stores allows for employees to spend more time engaging with customers.

In August 2019, Giant announced it will be opening a two-story, 65,000-square-foot (6,000 m2) flagship store in Center City Philadelphia as part of the River Walk development along the Schuylkill River. The store, which will feature dedicated shelf space for local vendors, an outdoor terrace, and a free parking garage, is planned to open in the later part of 2020.

In February 2020, Giant Food Stores announced its plans to adopt a new name, The Giant Company, and update logos across its grocery retailer business locations. 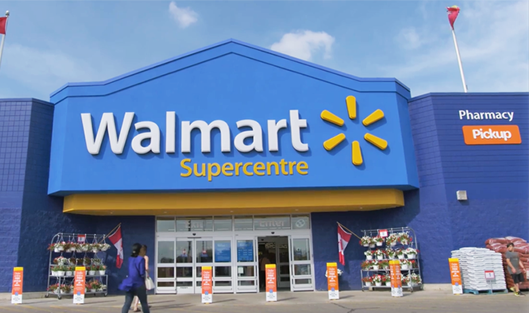 As of Saturday, Walmart resumes monitoring and counting the number of customers entering its shops
Business
1980