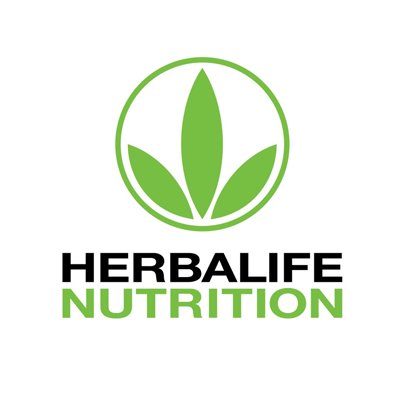 Herbalife Nutrition is a global multi-level marketing (MLM) corporation that develops and sells dietary supplements. The company was founded by Mark Hughes in 1980, and it employs an estimated 8,900 people worldwide. The business is incorporated in the Cayman Islands, with its corporate headquarters located in Los Angeles, California. The company operates in 94 countries through a network of approximately 4.5 million independent distributors and members. Their products have been reported to cause liver damage.

The company has been criticized by, among others, hedge fund manager Bill Ackman of Pershing Square Capital, who claimed that Herbalife operates a "sophisticated pyramid scheme" after taking a $1 billion short position in Herbalife stock. Herbalife agreed to "fundamentally restructure" its business, in the US but not worldwide, and pay a $200 million fine as part of a 2016 settlement with the U.S. Federal Trade Commission (FTC) following accusations of it being a pyramid scheme. In November 2017, Ackman's hedge fund closed out its short position in Herbalife.

In February 1980, Mark Hughes began selling the original Herbalife weight management product from the trunk of his car. Hughes often stated that the genesis of his product and program stemmed from the weight loss concerns of his mother Joanne, whose premature death he attributed to an eating disorder and an unhealthy approach to weight loss. According to one Herbalife website, the company's goal was to change the nutritional habits of the world. His first product was a protein shake designed to help people manage their weight. He structured his company using a direct-selling, multi-level marketing model.[citation needed] In 1982, Herbalife received complaints from the Food and Drug Administration for claims made about certain products and the inclusion of mandrake, poke root, and 'food grade' linseed oil in another. As a result of the complaints, the company modified its product claims and reformulated the product.

The Department of Justice of Canada filed criminal charges against the company in November 1984 for misleading medical claims in advertisements.

By 1985, the company was considered the fastest-growing private company in America by Inc. after its sales increased from $386 thousand to $423 million over the previous five years. That same year, the California Attorney General sued the company for making inflated claims about the efficacy of its products. The company suffered as a result of the lawsuit and was forced to lay off nearly 800 employees by May 1985. The company settled the suit for $850,000 without admitting wrongdoing, but discontinued the sale of two products. In 1986, Herbalife became a publicly-traded company on the NASDAQ, and rebranded itself as Herbalife International. However, as a result of the negative publicity from the FDA lawsuit, the company posted a $3 million loss that year.

By 1988, the company had expanded its reach to Japan, Spain, New Zealand, Israel, and Mexico and increased its worldwide sales to $191 million in 1991. In 1993, the company underwent a secondary offering of five million shares. The company launched a line of personal care products in 1995 which included fragrances and facial cleansing products. In 1996, the company had expanded its reach to 32 countries, with international sales accounting for more than half of total sales. The company was sued in civil court by two former distributors in 1997 for withholding earned income.

In 1999, Hughes attempted to take the company private after asserting that Wall Street was undervaluing the company. While the board approved the buyout offer, shareholders of the company filed a suit against the firm because they believed the share price they were offered was unfair. Hughes eventually abandoned his attempt to buy the company and settled the suit with shareholders. On May 20, 2000, Mark Hughes died at age 44. The Los Angeles County Coroner autopsy results ruled that the entrepreneur had died of an accidental overdose of alcohol and doxepin, an anti-depressant. Following his death, the company was led by Christopher Pair until October 2001.

In 2002, the company was acquired for US$685 million by J.H. Whitney & Company and Golden Gate Capital, which took the company private again. Concurrently, plant sources of ephedrine were removed from Herbalife products in 2002 after several U.S. states banned supplements containing such herbs. In April 2003, Michael O. Johnson joined Herbalife as CEO following a 17-year career with The Walt Disney Company. On December 16, 2004, the company had an initial public offering on the NYSE of 14.5 million common shares at $14 per share, netting the owners $1.3 billion. In the mid 2000s, Herbalife upgraded its manufacturing facilities, moving manufacturing to around 60% in-house, and changed how the company sold its products to distributors.

In March 2014, Herbalife came under investigation by the U.S. Federal Trade Commission and the state of Illinois. On May 7, 2014, the company announced that it entered into a deal with Bank of America Merrill Lynch to repurchase $266 million of its stock.

In July 2016, Herbalife agreed to change its business model and pay $200 million to its distributors in a settlement with the FTC. The company announced in November 2016 that Chief Operating Officer Richard Goudis would take over the position of CEO in June 2017 and Johnson would transition to executive chairman. In August 2017, the company announced that it would repurchase up to $600 million of its stock. On April 25, 2018, Herbalife announced that it had changed its name from Herbalife Ltd. to Herbalife Nutrition Ltd. The company also announced that its shareholders had approved a two-for-one stock split. In January 2019, Herbalife announced that it was replacing Goudis after learning of comments he had made before taking over as CEO that was “contrary to the company’s expense-related policies and business practices” and inconsistent with the company's standards and culture.” Former CEO Johnson subsequently took over the role on an interim basis.

In November 2019, the United States Department of Justice accused two former executive officers of the company for bribing Chinese officials, including government agencies. The firm made that move in order to get direct selling licenses, get involved into government investigations and try to pull out negative media reports about it. According to the investigation, the alleged bribery claims happened in the period between 2007 and 2016. In order to resolve those claims, in August 2020, Herbalife agreed to pay $123 million to the US Department of Justice and the U.S. Securities and Exchange Commission.