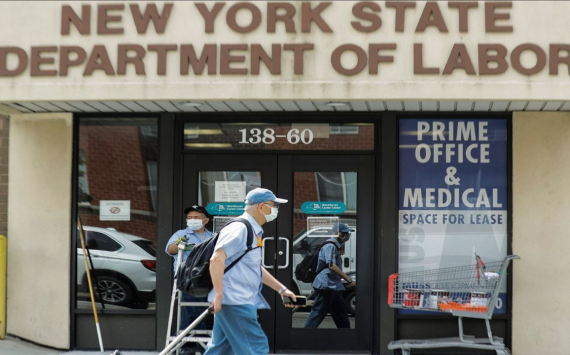 New Yorkers are facing a problem because of mistakes by the state Department of Labor in paying unemployment benefits. Some recipients had been paid far more than they should have been, and now New Yorkers are being asked to repay the money.

Thousands of New Yorkers are facing the daunting task of recovering unemployment benefits they thought they were fully entitled to.

According to a Times Union report, the New York State Department of Labor (NYSDOL) has awarded more than $114 million in benefits to claimants who were not entitled to them. One labor lawyer said he had received dozens of calls from people needing help with such cases.

"They didn't question whether they were eligible for this benefit because everyone was advising them to apply for it, particularly their employers, and the Department of Labor didn't bother to explain to these people that they were not eligible for this financial assistance", the lawyer explained.

It is worth noting that NYSDOL paid her more money than she was due. When she called the agency to find out what to do now, they could not give her a specific answer.

Also, the lawyer said that the state would not be able to recover the overpaid benefits money unless it could prove that the claimant had falsified her claim to get more. That is, it must be proved that the claimant deliberately tried to mislead the authority.

"Some of these people have been overpaid thousands of dollars and now the state wants that money back. I don't think the issue is whether they can get that money back. They can if they want to. But the question now is the other one should they do it? In the midst of the difficult economic situation we are in, would it be the right thing to do?", asks the lawyer.

The New York State Department of Labor has not yet responded to a request for comment.