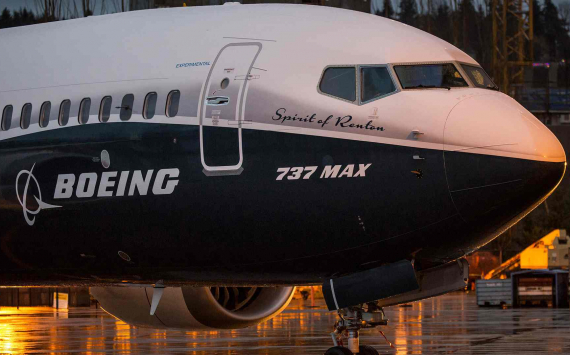 Insights for investors after...
Subscribe to Newsletter
Main
News
Business

Conclusions after the report

Shares of Boeing (BA) fell after a financial report that was worse than market analysts' forecasts amid the pandemic crisis and the suspension of deliveries of the Boeing 787 Dreamliner aircraft.

Boeing (BA) has so far failed to inspire optimism in its investors as the company continues to go through crisis times.

Boeing shares are down 3.5% since the beginning of the year and 1.5% at the close of trading Wednesday.

On Wednesday, Boeing investors were expecting to get a road map from the company's management to understand how the company would recover and overcome the current crisis.

Although Boeing reported Q3 losses and earnings worse than market analysts' forecasts, the numbers are better than last year.

Chinese regulators have yet to approve flights for the Boeing 737 Max, the biggest obstacle to a full return to service in the world's largest market.

"Demand for commercial aircraft continues to gain momentum due to the proliferation of vaccines and the opening of border protocols," Dave Calhoun, CEO of Boeing, said in the report.

The Boeing 787 Dreamliner, a wide-body passenger jet designed for long-haul international flights, is still undergoing quality and manufacturing process control inspections by the U.S. Federal Aviation Administration (FAA). Boeing said that suspending shipments of the 787 Dreamliner would result in $1 billion in excess costs, and that it has cut production to about two planes a month.

In Q3, Boeing wrote off $183 million of that amount for an incremental repayment.

Vertical Research Partners analyst Rob Stallard said Wednesday: "We still have limited certainty as to when the 787 will get FAA approval."