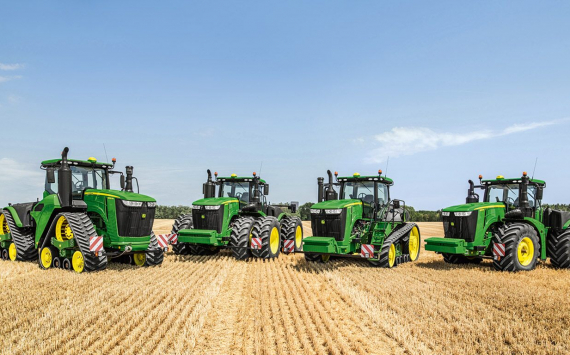 Analysts polled by FactSet had forecast an average of $2.16 per share.

Sales of its large farm equipment unit grew 22% to $3.07 billion and small equipment unit jumped 27% to $2.52 billion while its logging and construction equipment divisions saw a 21% increase to $2.47 billion.

The company reiterated its fiscal 2021 net income forecast to be in the range of $3.6 billion to $4 billion.

Deere shares jumped 5.7% in premarket trading in New York on Friday. The company's capitalisation has risen 16.1% to $97.8bn in the past three months.